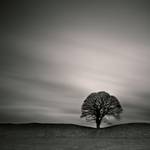 Chris McKeown, Belfast, Northern Ireland
Member Since December 2007
Artist Statement I have never been much of a reader...

I never really had the concentration span to get really indulged in "a good book". I've read a few in my time, but most of them have been at the will of the Education Board in my teenage years. I've always felt I understand, or can relate to, a scene when a picture is painted. Literally.

During the long car journeys every summer on our family holidays through more European countries than I can count, while my brother and sister either read or slept, I had my colouring pencils and a pad. This satisfied my creative instincts in those early years, but my sketching wasn't the best and led to frustration - I needed to record the things around me a little more accurately. And instantaneously.

Unfortunately for me, cameras and film were a little pricey, and my own personal income was non-existant. It wasn't until around 1992, when I was 17, that I got my first camera - a Pentax P30N. Bought for £100 for a birthday, it came with 2 lenses, a Vivitar flash and a camera bag. Unfortunately the need for film to produce photographs, meant I couldn't afford to shoot much.

Now a fully grown adult (up for debate if you believe my mother), a paying career, and the introduction of high-resolution digital SLRs, I have rediscovered the pleasure of spending an afternoon recording my surroundings.

In March 2007 I bought myself my first SLR camera since that, now rusty, Pentax. It's allowed me to use many of my weekends and daylit evenings to take in parts of County Down and it's at this time in my life that I can now fully appreciate the countryside and coastlines of my native Northern Ireland.

Many people know this country for the headlines it's made in the worlds' media - for all the wrong reasons. Now, as The Troubles are a thing of the past, hopefully people can see Northern Ireland in a much more peaceful way. Certainly, what I aim to record evokes something considerably more appealing, and unquestionably more peaceful.
Community
Comments
Catalog Details
Product No 1914793
Subjects Ireland, Landscape, Nature & Outdoors, Places
Style Landscape
Medium
Tags Chris, McKeown