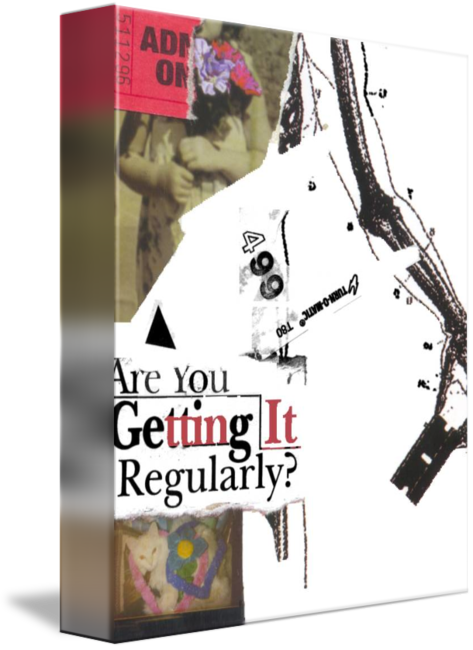 Availablity Usually ships within five business days.
Artist Marc Moss
Collection Collage
Description Art is beautiful and often painful at the same time, but you need your daily dose. Are you getting your fill of art every day?Get your essential daily dose of art with this fine collage print. (Original still available. Contact Marc Moss for details.

Marc Moss, Missoula
Member Since October 2007
Artist Statement I was raised near Akron, Ohio and earned my Bachelor of Science in English from Kent State University in 1995. Though I have no formal art training, I have actively created a wide range of artwork all of my life.

I relocated from Ohio to Montana to work seasonally as a park ranger in Yellowstone National Park where I was employed at the entrance station before eventually being promoted to the Mammoth Visitor Center where I served as a park ranger and naturalist. It was during winters off from Yellowstone when I seriously began creating art, focusing my efforts in the medium of collage. After enjoying six seasons in Yellowstone, I re-located briefly to Bozeman before settling in Missoula in 2002. I presented my first solo art exhibition in Akron in 1997. I have since contributed to the Home Resource (of Missoula) art auction in 2005, and exhibited my work at the former Art Missoula, Portico Real Estate, the now defunct pizza shop The Fireplace, Gold Dust Gallery, Zoë and Miss Zula's, all in Missoula, Montana.
Community
Comments
Catalog Details
Product No 68090
Subjects
Style
Medium
Tags Marc, Moss, art, collage, essential, razor