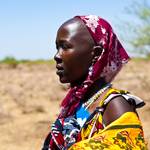 Ben Wilhelmi, arusha
Member Since February 2009
Artist Statement Born in 1969, Belgian, I've been living in Arusha, Tanzania, since 1999. working as professional pilot. I started there as a volunteer pilot for Flying Medical Service, a humanitarian NGO, for three years. i've been flying for the tourism industry after that.

A photo editing software is just used to reframe pictures and to work on contrast and luminosity... The idea is to represent faithfully the facts as they happen.