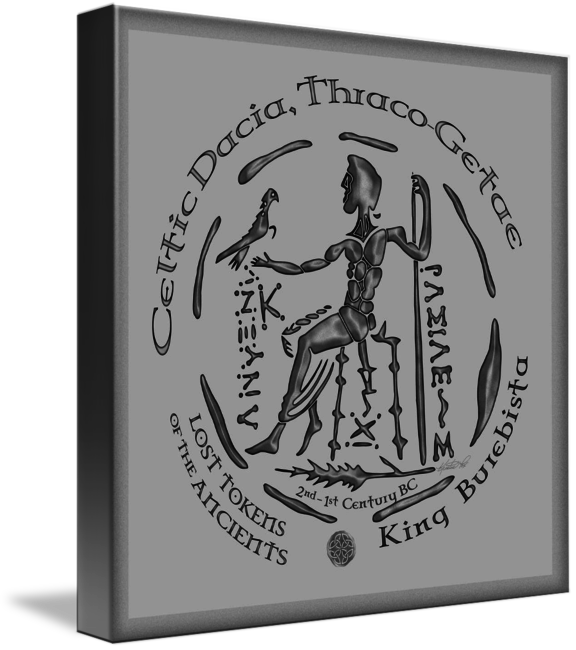 Availablity Usually ships within five business days.
Artist Kristen Fox Platinum Member
Collection celtic
Description Iron Age Celtic coins, mostly over 2,000 years old, were minted by the Celts from the late 4th century BC to the late 1st century BC, in gold, silver, and bronze (copper and tin). Many of them were stamped with the names of tribal rulers recorded in history only through their coins. Although their designs were influenced by Greek and Roman coinage, Celtic coins have their own sense of artistry and style.The images found impressed on Celtic coins vary from giants dragging heads on ropes, horsemen charging into battle or celebrating victories, gods and goddesses of many belief systems, chariots, many different kinds of animals, abstract patterns, kings and leaders, as well as elements such as lightning, and the sun and moon. They are tiny works of imaginative and vibrant art.This design is based on a Celtic coin from Dacia, Thraco-Getae (Bulgaria/Romania area of the lower Danube), from the 2nd to 1st Century BC. It features a ruling figure holding an eagle, which may represent King Burebista, who unified Celtic tribes and led plunder and conquest raids across central and SE europe until his assassination. The word next to his staff may be a translation of the Greek word for King. 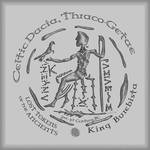