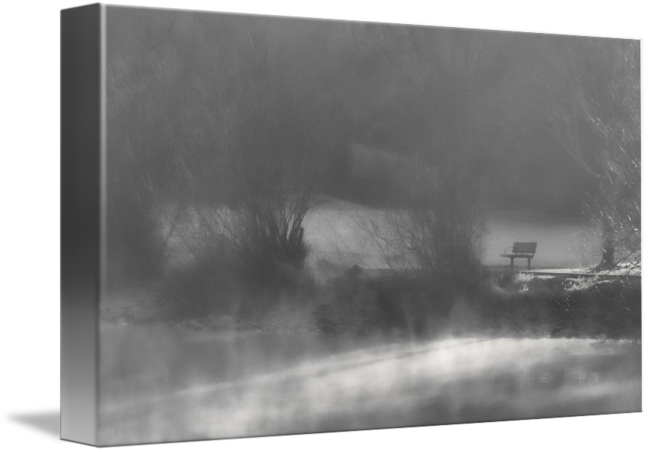 Availablity Usually ships within five business days.
Artist Don Schwartz Platinum Member
Collection WaterImages
Description As mist rises from a lake, a lonely bench awaits. From Wikipedia Online Encyclopedia: Western Oregon is a geographical term that is generally taken to mean the part of Oregon within 120 miles (190 km) of the Oregon Coast, on the west side of the crest of the Cascade Range. The term is applied somewhat loosely however, and is sometimes taken to exclude the southwestern areas of the state, which are often referred to as 'Southern Oregon'. In that case, 'Western Oregon' means only the counties west of the Cascades and north of and including Lane County. Western Oregon, being 120 by 250 miles (190 by 400 km) in area, is about the same size as Connecticut, Massachusetts, Rhode Island, Vermont, and New Hampshire put together. Unlike the climate of Eastern Oregon, which is primarily dry and continental, the climate of Western Oregon is generally a moderate rain forest climate.