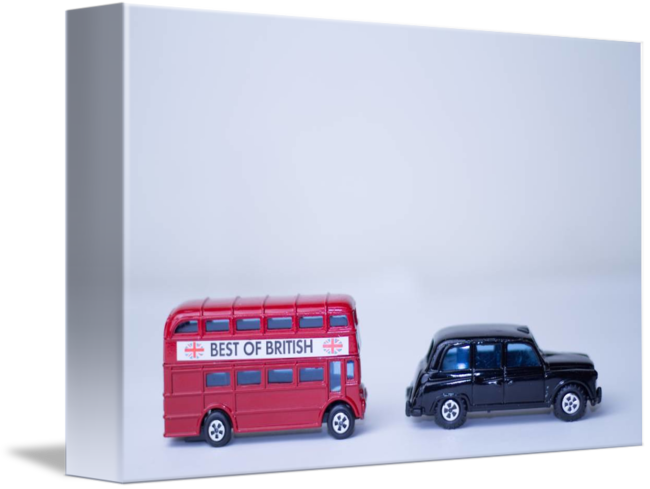 Availablity Usually ships within five business days.
Artist Claire Doherty
Collection Abstract
Description Routemaster Bus The Routemaster was developed between 1947 and 1956 by a team directed by AAM Durrant and Colin Curtis, with vehicle styling by Douglas Scott. The first prototype was completed in September 1954 and the last one was delivered in 1968. The layout of the vehicle was traditional for the time, with a half-cab, front-mounted engine and open rear platform, although the coach version was fitted with rear platform doors. Forward entrance vehicles with platform doors were also produced as was a unique front-entrance prototype with the engine mounted transversely at the rear. The first Routemasters entered service with London Transport in February 1956 and the last were withdrawn from regular service in December 2005, although one heritage route is still operated by Routemasters in central London. Most Routemasters were built for London Transport, although small numbers were built for British European Airways and the Northern General Transport Company. A total of 2,876 Routemasters were built with 1,280 still in existence. London Cab The name 'hackney' was once thought to be an anglicized derivative of French haquena horse of medium size recommended for lady riders; however, current opinion is that it is derived from the village name Hackney (now part of London). Despite the currency of this opinion, however, earlier sources dispute it. In 1908, a popular London newspaper stated, 'The hackney coach - which is commonly supposed, though wrongly, to have taken its name from the district in the north of London - was started in the metropolis so long ago as 1025 by a certain Captain Bailey.' The place-name, through its fame for its horses and horse-drawn carriages, is also the root of the Spanish word jaca, a term used for a small breed of horse and the Sardinian achetta horse. The first documented 'hackney coach'the forerunner of the more generic 'hackney carriage'operated in London in 1621 In London, hackney-carriage drivers have to pass a test cal