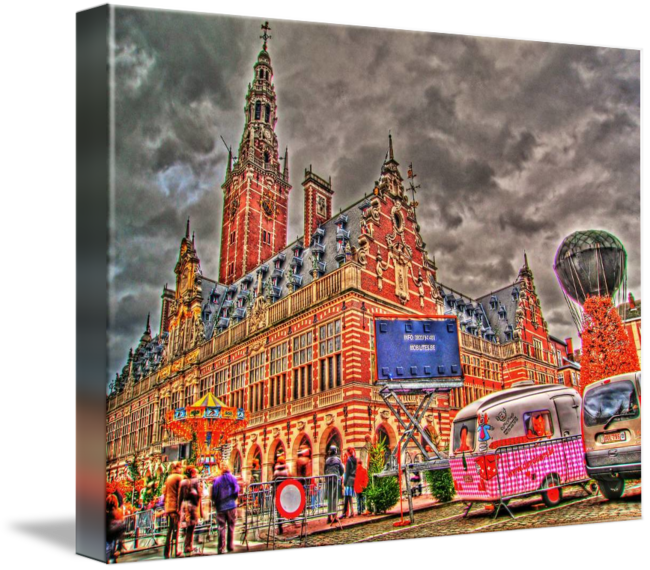 Availablity Usually ships within five business days.
Artist Jay Mody
Collection art
Description As libraries go, the university library in Leuven has had an unusually turbulent history. Its beginnings, however, were normal enough. Established in 1636, it found its first home in the main University Hall on the Naamsestraat. Less than a century later, about 1725, it moved to its own separate wing of the University Hall building, where it had a magnificent late baroque reading-room facing the Old Market Square (Oude Markt).In August of 1914 German troops set fire to the library building and to much of the city of Leuven. The destruction of the library aroused international indignation. Before the First World War had even ended, committees were formed in both Allied and neutral countries to collect money and books for the reconstruction of Leuvens university library. The Americans took charge of building a new home for the library. As for Germany, it was required by Article 247 of the Treaty of Versailles to donate thirteen million marks worth of books in reparation. Books came pouring in in such numbers that by 1939 there were some 900,000 volumes on the shelves of the reconstructed library.A new site was chosen for the library - the square called Mgr. Ladeuzeplein, and here the new building arose from 1921 to 1928. It was designed by the American architect Whitney Warren (1864-1943) in the style known as Flemish neo-renaissance. The library is still the most impressive university structure in Leuven.From the outset the building was conceived as a monument, and has been classified as such since 1987.