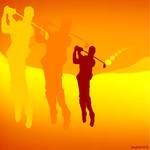 Boghrat Sadeghan, Tarzana California
Member Since November 2014
Artist Statement Boghrat Sadeghan
was born on March 25 of 1952 in Iran.
He started sketching on scrap paper at the young age of seven and continued drawing and sketching exclusively for seven years.
At the age of 14 he taught himself to paint using water colors and oil paints.
As his drawing and painting skills improved, he realized that it was his "destiny to be an artist".
During this time he sensed that music was an additional part of his destiny. He began to play Classical Guitar.
His natural gift as a musician coupled with his talent as an artist led him to take lessons at an Art Conservatory in Teheran.
While learning at the conservatory, he soon attracted his own students and began teaching art.
With five years of experience both studying and teaching, Boghrat greatly increased the depth and variation of style in his art classes.
He continued to support his passion by teaching art and at the same time attracted numerous students of Music.
Soon he was successfully teaching Guitar Lessons in addition to his many accomplishments as an artist .
In the days when movie billboards were hand painted, Boghrat was one of the artists chosen to paint these huge cinema billboards.
By this time, he was painting for 15 hours a day with two assistants.
When The Revolution began in (1979), Boghrat came the Unites States and followed his dream to Los Angeles, California.
Today Boghrat runs a well established gallery and continues to teach lessons in Art and Classical Guitar.
Boghrat has composed over 170 pieces and countless arrangements which now can be seen on youtube. www.laguitarlesson.
com Boghrat is the Premier Guitarist who started arranging Persian and international music for Classical Guitar since 1970.
Many of his arrangements are played in concert hall throughout Europe by his students.
Community
Comments
Catalog Details
Product No 5478813
Subjects Golfing, Sports & Recreation
Style Pop Art
Medium
Tags Boghrat, Sadeghan, colors, fun, golf, golfing, hot, sport, sports, yellow