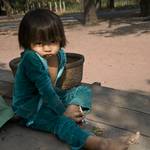 Doug Craig, Busan, South Korea
Member Since July 2010
Artist Statement Doug grew up in Jasper, Alabama, USA. From early in life he has had a love of artistic undertakings including the artistic aspects of engineering, music, and photography. Through the years he became accomplished with three different musical instruments and performed regularly in several musical aggregations, was an engineer and manager with a major NASA contractor for 20 years, and now is fully engaged in his life-long dream of professional photography.

Doug bought his first 35mm camera while on military assignment in Germany in 1972. He used it to hone his photographic skills over the next several years as he traveled in Europe, Asia and The United States during his military service.

In the late 1980's he developed an increased passion for nature photography and spent untold hours in the Smoky Mountains photographing the indigenous animals, concentrating primarily on deer and black bear.

Then in 2003 Doug moved seamlessly into the world of digital photography. Although he currently pursues digital color photography most often, he still sometimes uses a film camera and he dedicates a portion of his effort to black & white photography. His work has an international appeal and his photos have been featured in the following venues:

Doug has a personal website as well. He invites you to further explore his world or to contact him via: