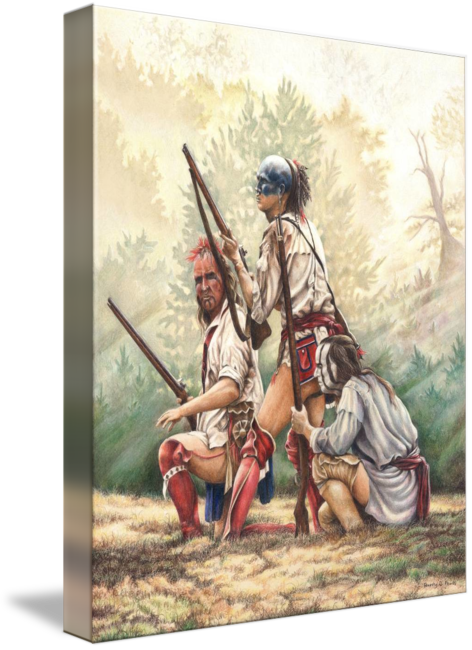 Barry Powell, Mitchell, Indiana
Member Since December 2010
Artist Statement Barry Powell was born in 1951 in the beautiful hills of southern Indiana where he still resides. His earliest childhood memories are of sitting at his mothers kitchen table drawing pictures. Art, and drawing in particular, have always come to him naturally and after graduation from high School, he attended The John Herron Art Institute in Indianapolis.

After college, Barry was employed as a graphic artist and sign painter for a southern Indiana manufacturing company for 25 years, working as the supervisor of his department for the last 9. Feeling the need to express himself as a fine artist, Barry left the corporate world behind to pursue a full time art career.

One of Barry's favorite subjects, although not his only subjects, are images of the people of the American frontier. Barry specializes in the French and Indian war and the Revolutionary war periods of American history. The people he represents in his art are the common people of the frontier. Being a re-enactor himself, many of his subjects are friends and family.