Availablity Usually ships within five business days.
Artist Otis Porritt Pro Member
Collection SOUND-AND-VISION4
Description Peter Lorre (born Lszl Lwenstein; 26 June 1904 23 March 1964) was a Hungarian-American actor. In Austria-Hungary, he began his stage career in Vienna before moving to Germany where he had his breakthrough, first on the stage, then in film in Berlin in the late 1920s and early 1930s. Lorre caused an international sensation in the German film M (1931), in which he portrayed a serial killer who preys on little girls. 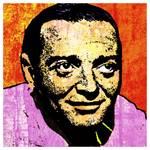