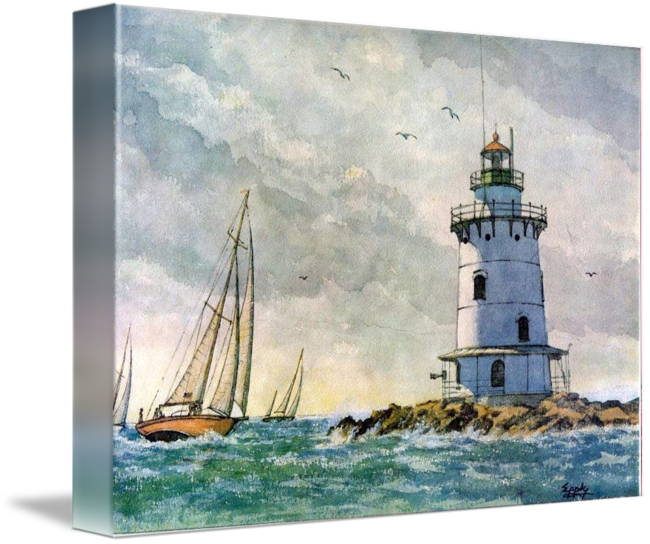 A graduate of the Vesper George School of Art, Boston, Mass., he was greatly influenced by the realism of New England artists such as Winslow Homer, Edward Hopper and James McNeil Whistler.

He was an Army Photographer in the Pacific during World War II and a Marine Photographer of the Off Soundings Races in Long Island Sound. Mr.Epply also photographed commercial shipping on the Connecticut River and New York Harbor.

His watercolors have been in major exhibitions in New York, Washington, and New England. Mr. Epply was represented in the traveling collection of the Ford Foundation, and as a marine illustrator for major oil companies, shipping and tugboat concerns. He was noted for commissioned paintings of customer’s pleasure boats and yachts in action on the sea, and for his illustrations of Colonial houses, seascapes, and snow scenes. A “Paul Harris Fellow” Rotarian with the Old Saybrook Rotary Club, one of his proudest accomplishments was his production of limited edition, signed lithograph prints to raise monies for Rotary International service projects. Some of these prints included the Saybrook Outer Lighthouse; the historic James Pharmacy entitled “Lafayette Slept Here”, and Katherine Hepburn’s mansion in Fenwick Point. He also marketed his own personal limited edition lithograph of an old fashioned Vermont “Sleigh Rally”.