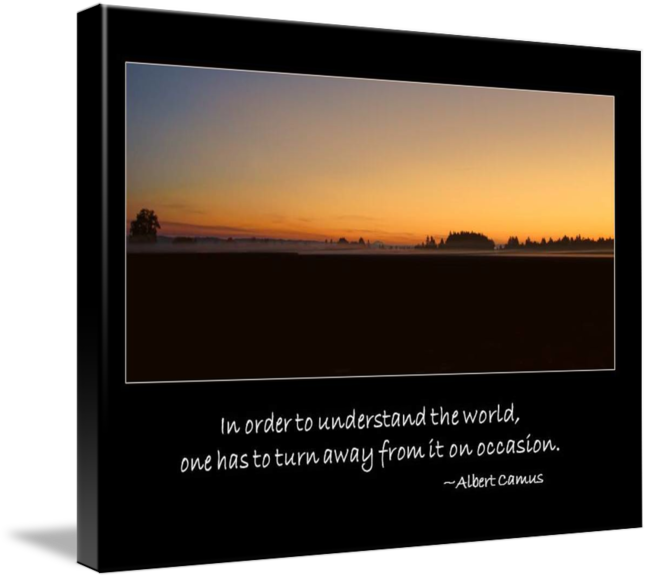 Availablity Usually ships within five business days.
Artist Don Schwartz Platinum Member
Collection InspirationalandMotivating
Description It is in those quiet places, when we are by ourselves, that we have the space to understand and discover. Albert Camus captured this sentiment with these words, 'In order to understand the world, one has to turn away form it on occasion.'From Wikipedia Online Encyclopedia:Albert Camus 7 November 1913 to 4 January 1960) was a French Nobel Prize winning author, journalist, and philosopher. His views contributed to the rise of the philosophy known as absurdism. He wrote in his essay 'The Rebel' that his whole life was devoted to opposing the philosophy of nihilism while still delving deeply into individual freedom.Although often cited as a proponent of existentialism, the philosophy with which Camus was associated during his own lifetime, he rejected this particular label.Camus was awarded the 1957 Nobel Prize for Literature 'for his important literary production, which with clear-sighted earnestness illuminates the problems of the human conscience in our times.'