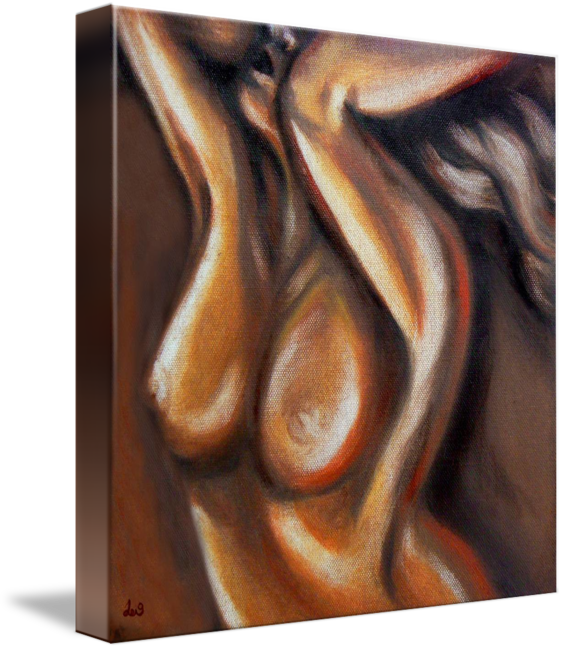 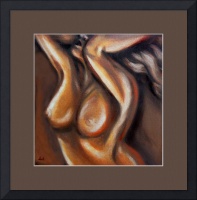 Availablity Usually ships within five business days.
Artist Jennie Rosenbaum
Collection Nudes
Description This is a dramatic and striking nude, a dark and emotive piece that invites prolonged viewing and conversation. It is bold and contemporary with a lovely sketcherly aspect. The colors are rich, tawny and warm.This piece is Oils on Canvas painted in my signature ochre technique using layered washes and strategic removal of paint to create a wonderful three dimensional look and a strong emotional feel. Skin tones are produced using this technique with colors and glazes to enhance the emotive qualities and sketcherly aspect of the figures. The canvas is used as an element in this painting lending it's texture to the overall work. The colors are warm, earthy and sensual with a wonderful tonal quality.

Jennie Rosenbaum, Melbourne, Australia
Member Since April 2007
Artist Statement The human body has held constant fascination for Jennie Rosenbaum, partly due to her studies in art history and anatomy, and partly due to her own relationship with her body, both in image and after a car accident that left her with a chronic pain disability.
Jennie has exhibited her artworks worldwide. Her art has been shown at Miami Art Basel, at numerous Melbourne galleries, in New York and Boston. Jennie has donated works to support bushfire victims and VisualAIDs. Jennie’s artwork has gained rapid popularity online winning awards at barebrush.com a site dedicated to nude art.
Jennie works to maintain the image of the nude in art and writes a blog about censorship in art. She also leads nude advocacy groups and a group online for people with disabilities.
Jennie Rosenbaum excelled in art and art history at school and studied archaeology, painting, drawing and photography at the University of Monash, Curtin and RMIT. She has also worked closely with artist Donald Cameron in his studio and had the opportunity to be part of a specialized life class at the National Gallery of Victoria. Jennie is an American working from her home in Melbourne, Australia.
Community
Comments
Catalog Details
Product No 151573
Subjects Figures, Nudes, People
Style Contemporary
Medium
Tags Conceptual, Jennie, Rosenbaum, art, contemporary, dark, female, figurative, nude, ochre, oils, painting, scale, small