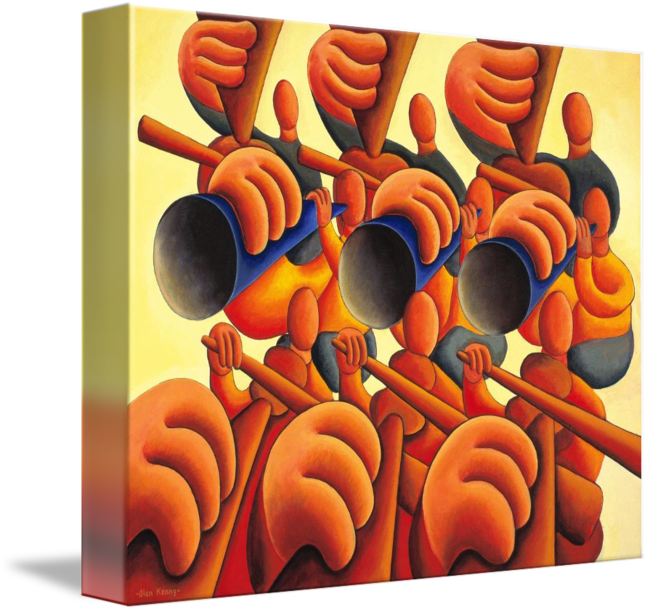 Alan Kenny, Dublin
Member Since December 2010
Artist Statement Alan Kenny is an Irish artist whose twenty-year career has involved dramatic periods of stylistic innovations and bracing artistic breakthroughs. Initially a painter in the plein air tradition, his earlier naturalistic landscapes maintained stylistic connections to conventional academic modes of expression. However, Alan's impulse to tame and organise Ireland's recalcitrant countryside by remodelling and regulating elements such as trees, rocks and cloud formations was clearly visible. This technique offered a somewhat uniformed and idealistic appearance of rural Ireland and it was after many years of painting in this fashion that Alan abandoned the strictures of traditional Irish landscape painting to develop his own, American-flavoured dream-like vision.

By combining his abilities as both a skilful draftsman and accomplished painter, Alan has managed to synthesize the lessons learnt from his earlier, more-literal approach with his own unique style. Today, he is recognised for his colourful, imaginative and largely narrative paintings, which boast a vast array of themes. Perennial musicians bathing in a kind of romantic, melodious aura and regal, hedonistic female nudes are both favoured subjects. In addition, other recurring themes that come under Alan's alert and often-satirical eye are topographical representations and issues of political or social concern.

There is a great sense of both a spiritual as well as an aesthetic attitude in Alan’s work. Each painting, with its elegant yet potent calligraphic lines, flattened composition and exaggerated perspectives resonates a kind of chaotic, yet idyllic sense of fun and humour.

Another typical characteristic is his use of thick black outlines, which appear almost as a commanding device to direct the eye whilst assisting in the overall flattening of the composition. However, the key component that shines through is his rampant, irresistible exploitation of colour. By filling shapes and spaces with bright, flat colour, along with the exclusion of detail, creates an almost stained-glass effect. Together, these immensely striking aspects constitute a particularly unique strategy, which has set the stage for Alan Kenny to present a radically new artistic accomplishment to a captivated audience.