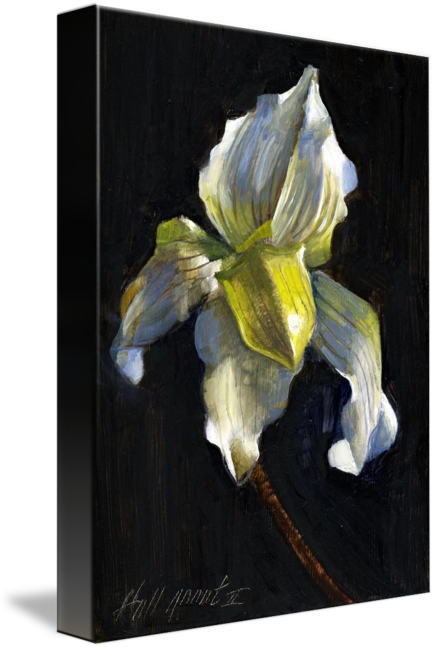 Availablity Usually ships within five business days.
Artist Hall Groat II
Collection NewYorkArtCollection
Description This striking piece is of a Ladies SlipperOrchid. The original was painted in oil on a 7' x 5' prepared panel. The sensual piece is painted in brillant blues, yellows and umbers and glowing white tones. The painting has been photographed in natural light, and adjusted to appear as close as possible to the original.